From contested topics and interesting interviews – to job hunting and career tips. Anything to help you love your job & more ;)

Hiring for diversity: what about LGBTQ+?

My name is Chiraag, and I’m a freelance writer and photographer based in London. I am a bisexual male – but saying that so openly hasn’t always been easy. I’m the eldest son of two first-generation immigrants who moved to the UK in the 1970s. As a child, I grew up learning strict gender roles in an environment where being queer wasn’t even considered an option. So, for much of my life, I’ve suppressed my bisexuality – and being in a long-term heterosexual relationship, it would have been easy to keep ignoring it. But it’s important to be true to who you are, so a few months ago I decided to slowly come out to a close circle of friends.

Coming out to a close circle of confidants is one thing. Being open with your sexuality in the working world is entirely different. Although many companies today enforce strict non-discrimination policies, when it comes to hiring, harassment and mistreatment remain prolific issues for LGBTQ+ workers, with 46% of LGBTQ+ workers experiencing unfair treatment at work due to their sexuality.

So, seeking out LGBTQ+ employees to meet diversity quotas is not enough. Like so many others, having been raised in an environment where homophobia, transphobia, and strict gender roles were the norm, I understand how difficult it can be to be open about your sexuality publicly. That’s why it’s vital that companies foster workplaces that are safe and accommodating for their LGBTQ+ employees. When we spend more than one-third of our lives at work, it’s important to work in spaces where we’re comfortable with being who we are.

The reality of being LGBTQ+ in the workplace

• 18% of LGBTQ+ people have been the target of negative comments or conduct from work colleagues in the last year because they’re LGBTQ+.

• 10% of LGBTQ+ people from ethnic minorities have been physically attacked because of their sexual orientation and/or gender identity, compared to 3% of white LGBT staff.

• 18% of LGBTQ+ people looking for work said they were discriminated against because of their sexual orientation and/or gender identity while trying to get a job in the last year.

• 38% of bisexual people aren’t out to anyone at work about their sexual orientation.

• 35% of LGBTQ+ people have hidden their sexuality at work.

• 12% of lesbian, gay, or bi employees and 21% of trans employees wouldn’t feel comfortable reporting homophobic, transphobic, or biphobic bullying in their workplace.

These statistics show that while companies may commit to equal representation and hiring for diversity on paper, in reality, LGBTQ+ people continue to face discrimination because those workplaces aren’t always committed to being inclusive and safe spaces.

The biggest issues LGBTQ+ employees face in the workplace

Homophobic and transphobic jokes (i.e. the use of words like “gay” in a derogatory manner) are often seen as harmless workplace banter – and in most cases, their significance is downplayed by claiming that it is just “banter.”

But, jokes like these create a company culture that may feel uninviting, unsafe, or threatening to LGBTQ+ employees. The prevalence of this casual homophobia and transphobia is what makes so many people hesitant to come out at work.

• Not being taken seriously.

Part of the reason why LGBTQ+ people may feel hesitant to report harassment, discrimination, or situations that have made them feel uncomfortable, is because it’s unfortunately quite common for them to be dismissed as “dramatic” or “sensitive.”

The perception of LGBTQ+ people as being “dramatic” or “sensitive” is rooted first and foremost in misogyny. Typically, in misogynist thinking, women are erroneously thought to be dramatic, emotional, and sensitive – and because LGBTQ+ people are often more in touch with their feminine side (or at least thought to be) they too are often perceived in the same way.

How can we make workplaces safer and more inclusive for LGBTQ+ employees?

Foster a company culture where homophobic and transphobic banter is not tolerated. As a team leader, lead by example, and call your employees out on it if you see it happening.

In most cases, the person making such comments will be doing it out of ignorance for its impact rather than genuine malice. So, rather than confronting them aggressively (which may be counter-productive), try to approach them calmly and help them realise the impact of their words.

• Believe your employees when they feel unsafe.

If an LGBTQ+ employee comes forward to share that they have been feeling uncomfortable, acknowledge and validate how they are feeling and work together to resolve the issue. This will make your employees feel more respected, listened to, and supported.

• Remove the stigma around being queer.

Most queerphobic people are queerphobic because that’s the environment they’ve been raised in and known since they were young – one where LGBTQ+ people are often misunderstood, ignored, ridiculed, or subject to harmful stereotypes.

As an employer, you can work consciously to remove the stigma around being queer by hosting open discussions, seminars, workshops, and other events which focus on education and experience. The more you talk about it, the less it becomes a taboo topic.

Over the past decade, policies like the Equal Protections Act, combined with conscious commitments to improve representation, have made it easier for LGBTQ+ to enter the workplace as equals.

The progress has been substantial. But the final step is to ensure that for those LGBTQ+ employees who are hired, the workplace is a safe and inclusive space.

Many companies today are already working hard to foster such inclusive and supportive environments for their LGBTQ+ employees. By addressing these last remaining areas of concern, we can strive towards a future where LGBTQ+ employees are not only hired, but made to feel equal in the workplace. 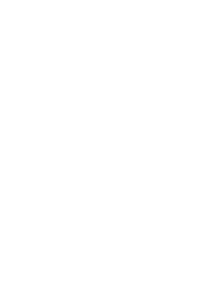